You will never buy leather again after watching this video.

A deeply disturbing PETA Asia undercover investigation reveals that dogs are bludgeoned and killed so that their skin can be turned into leather gloves, belts, jacket collar trim, cat toys, and other accessories.

At the slaughterhouse, the investigator filmed workers as they grabbed one dog after another around the neck with metal pinchers and bashed them over the head with a wooden pole. Some dogs fell unconscious, while others cried out and writhed in agony. Some still struggled to breathe after their throats were cut before their skins were ripped off their bodies.

Dogs who were next in line for slaughter wailed and barked as a worker hit them in an effort to get them to walk more slowly. One employee told the investigator that this facility bludgeons and skins 100 to 200 dogs a day. When this video was shot, there were about 300 live dogs in the compound slated for slaughter.

Most of the world’s leather comes from China, where there are no penalties for abusing animals killed for their skins. 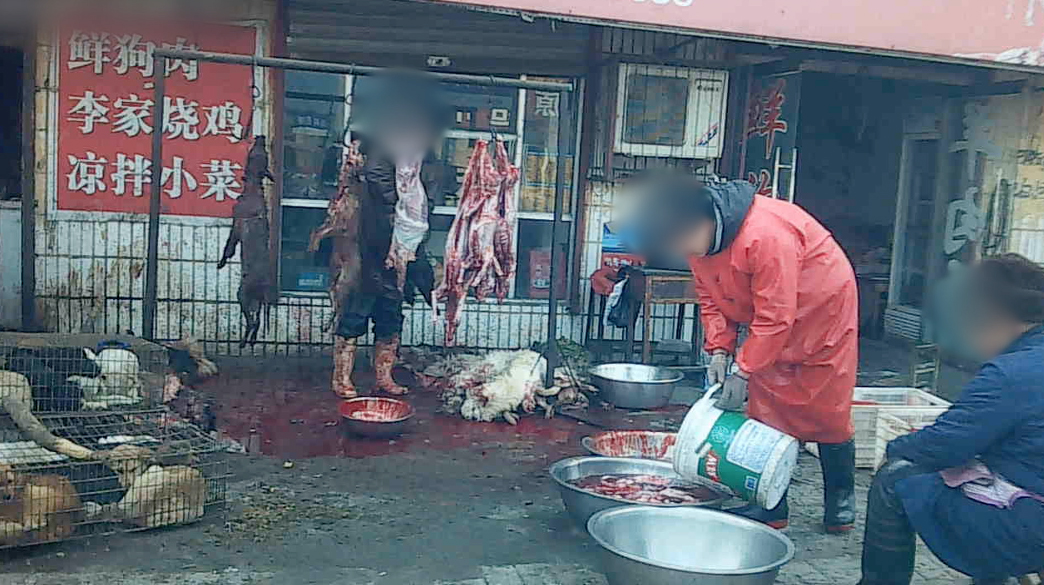 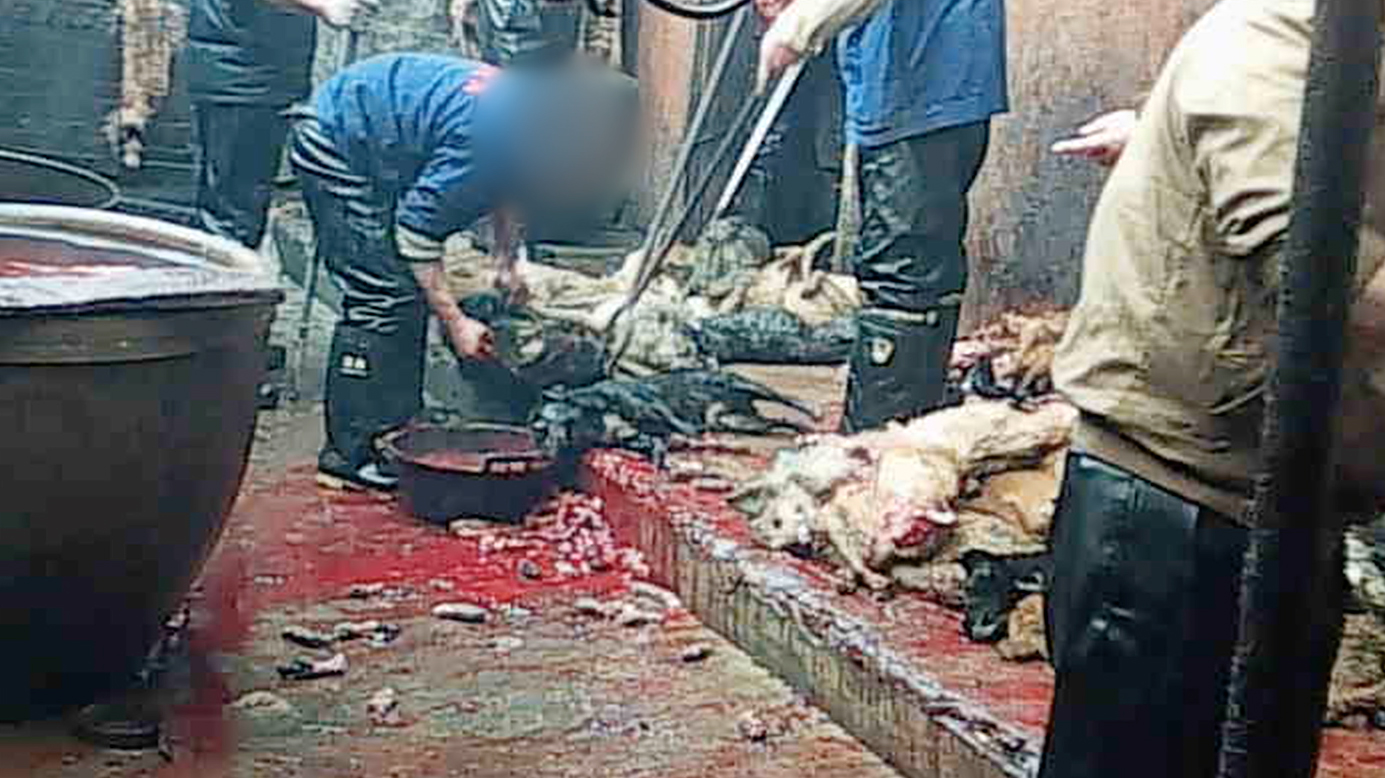 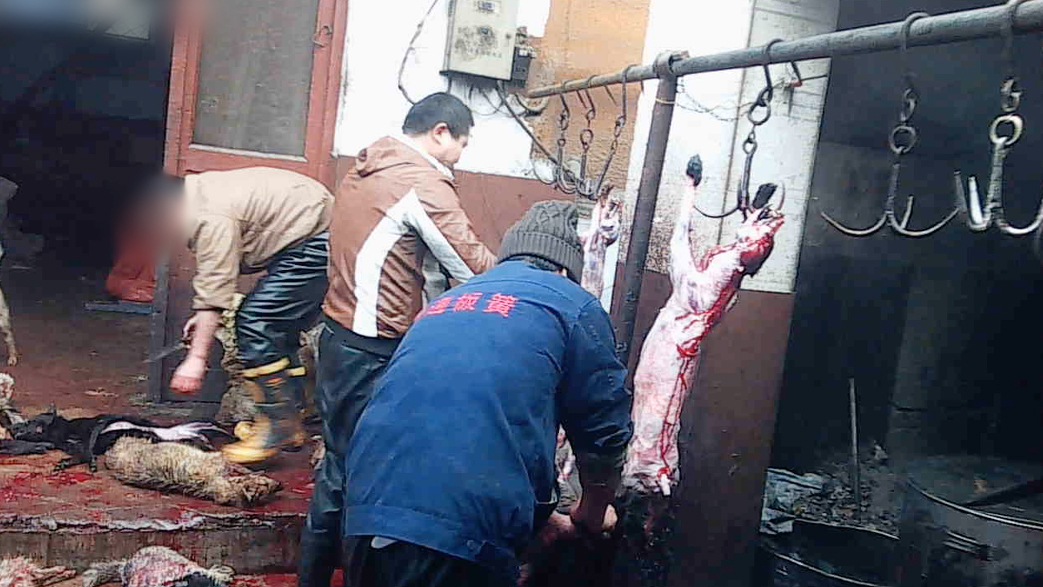 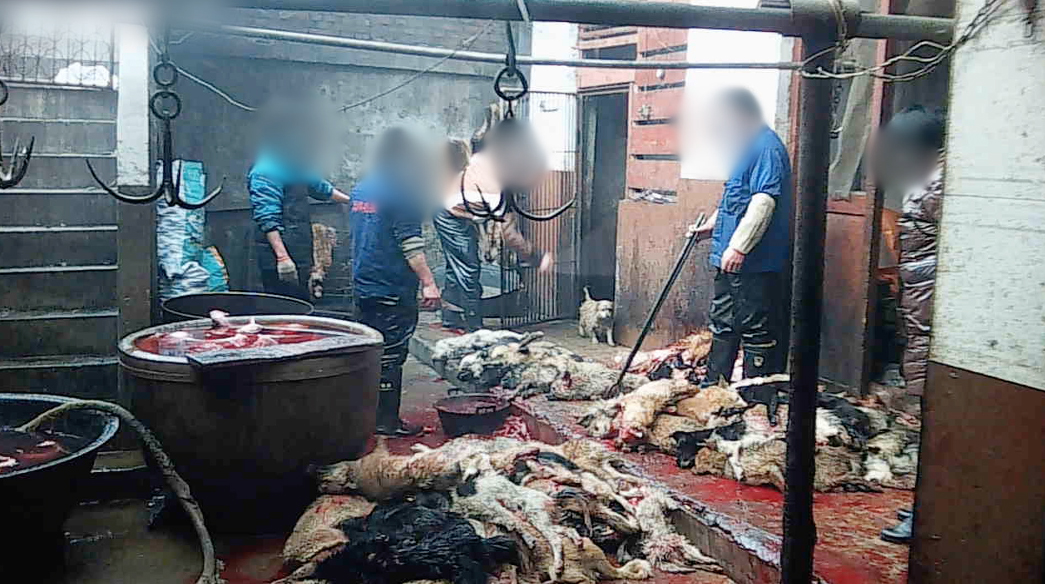 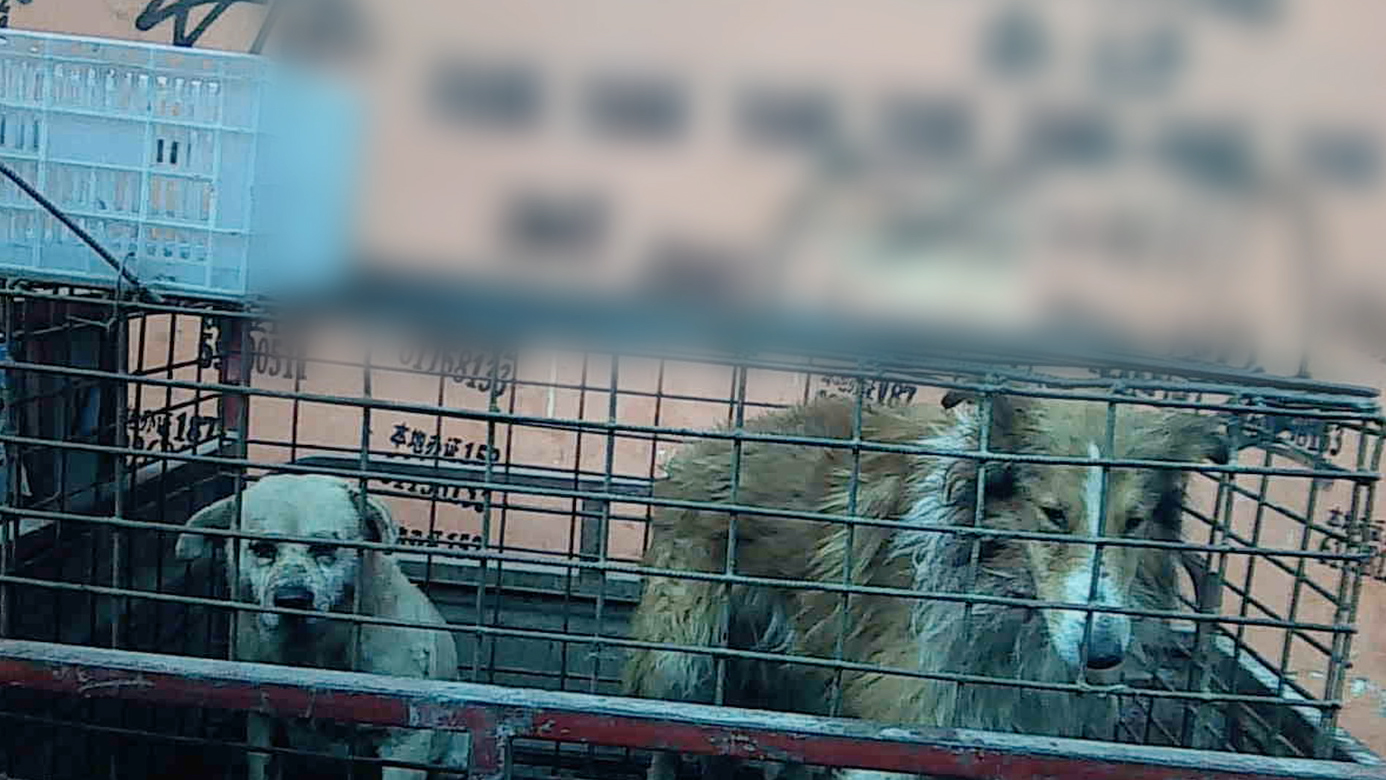 In November 2014, a PETA Asia investigator visited dog-leather processing plants in China and documented the process of turning dog skin into women’s fashion gloves, work gloves, and other accessories.

The owner of one plant told the investigator that at the time, he had about 30,000 pieces of semi-processed dog leather in stock. The leather used in the gloves seen in the images below as well as in other dog-leather accessories is processed in factories such as these and sold all over the world. 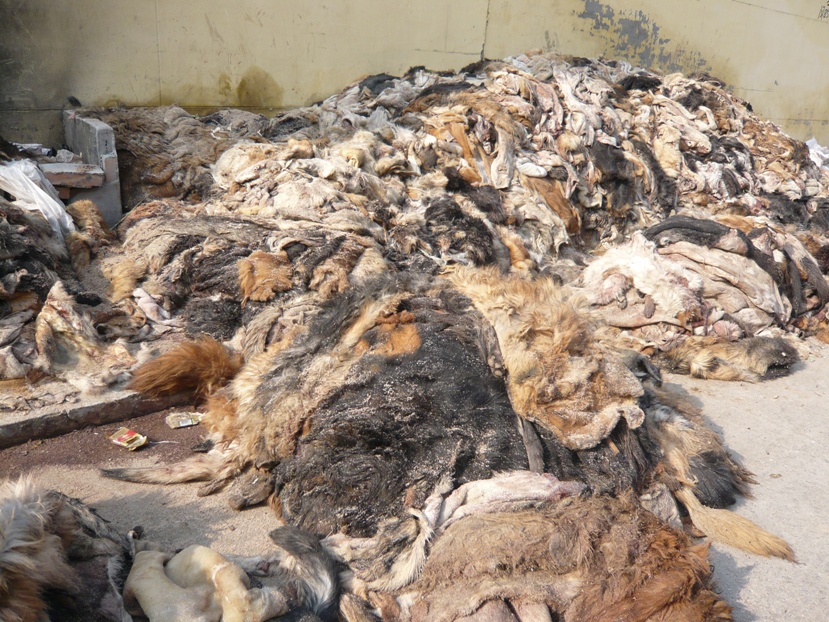 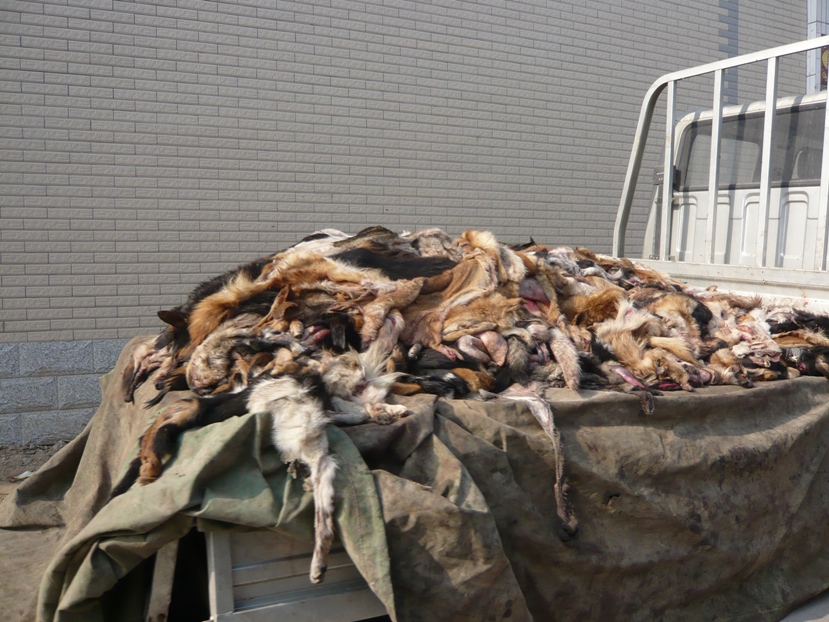 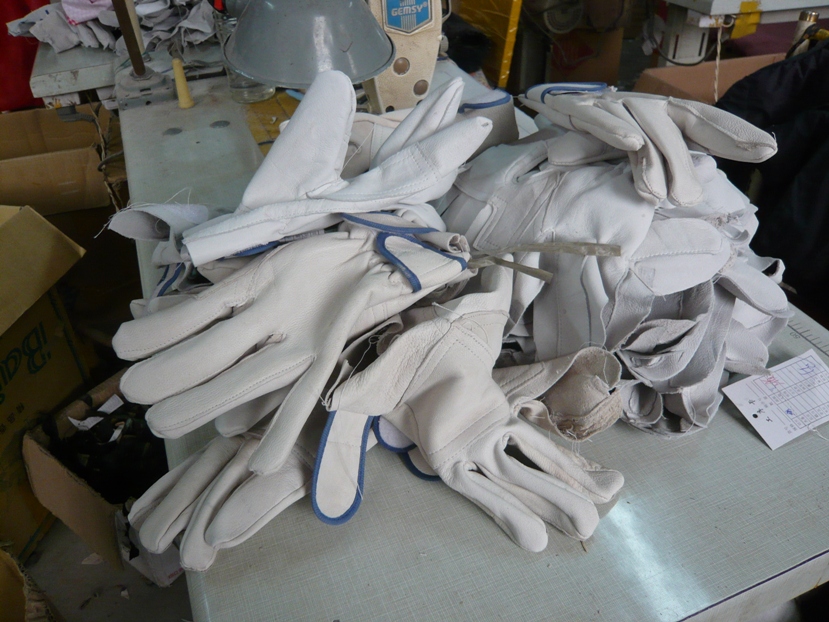 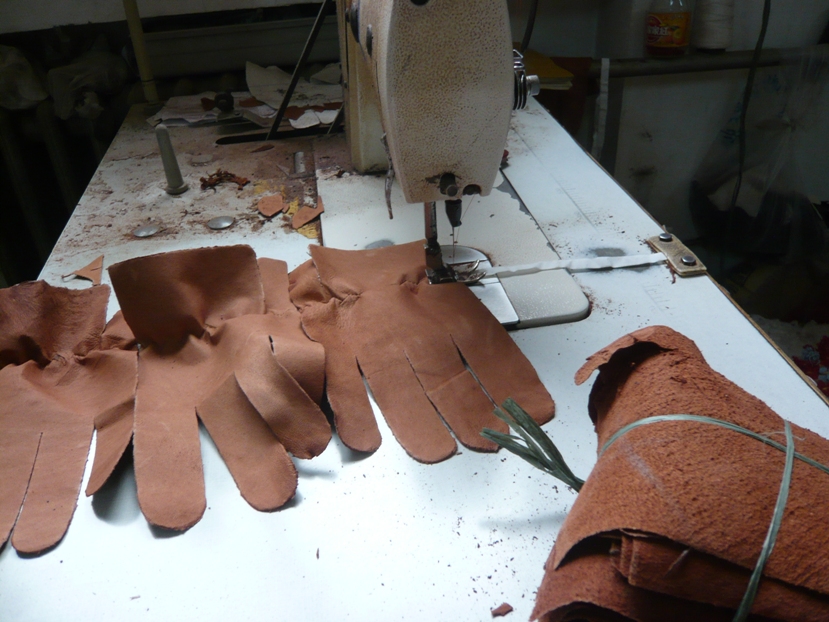 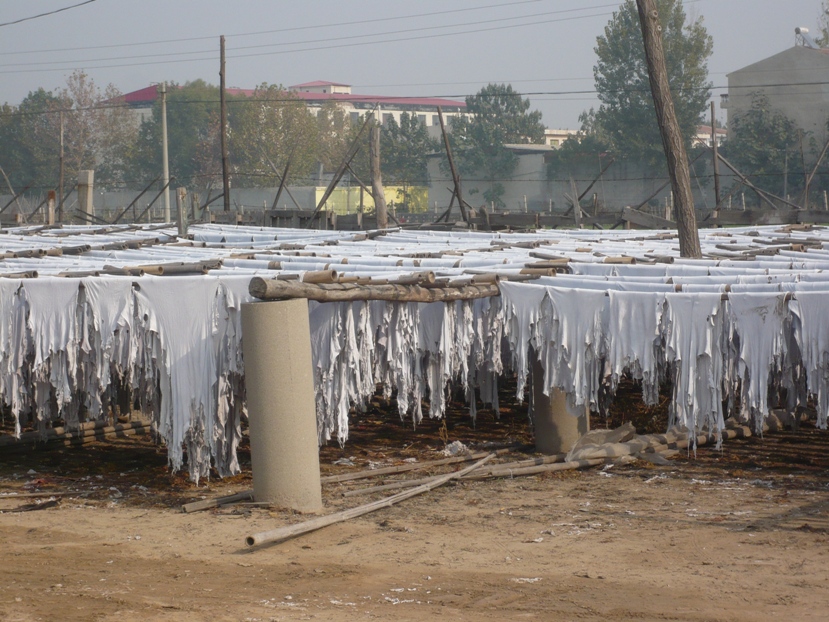 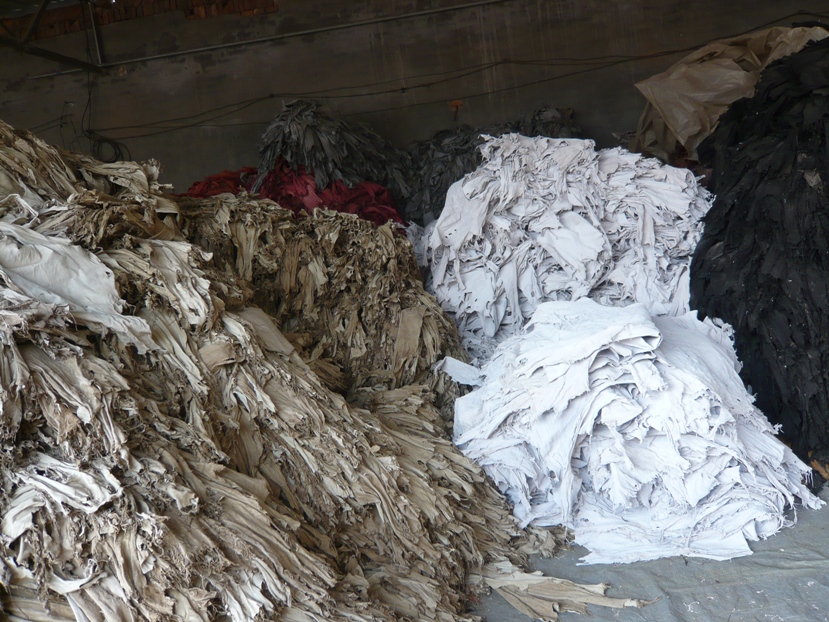 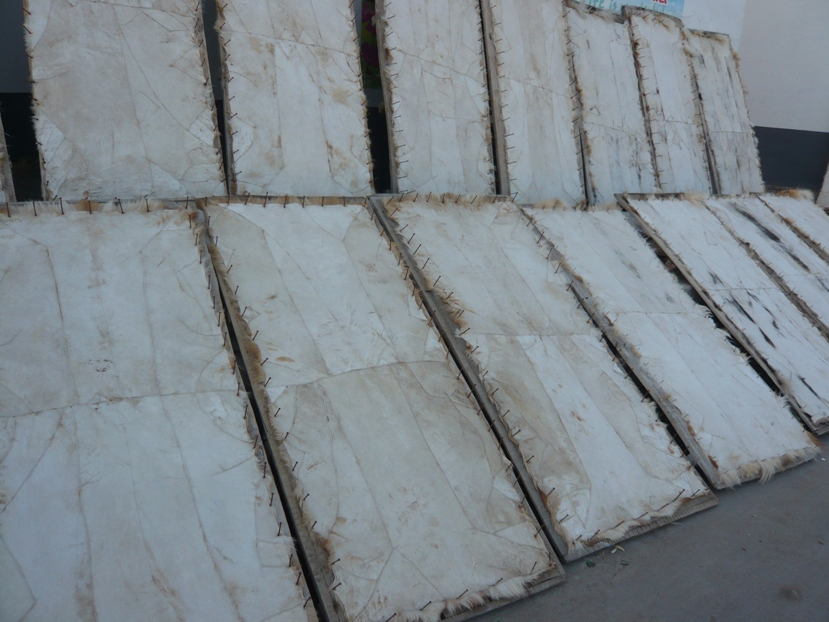 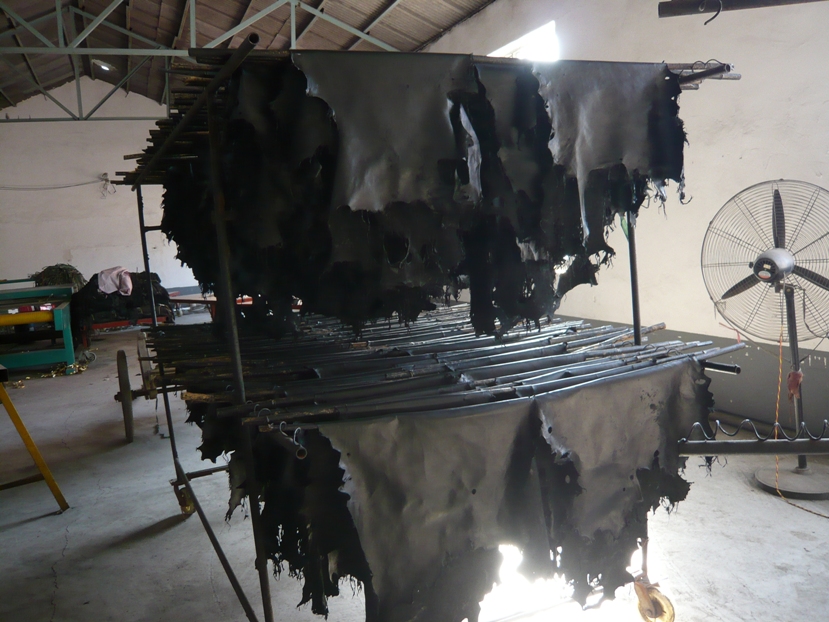 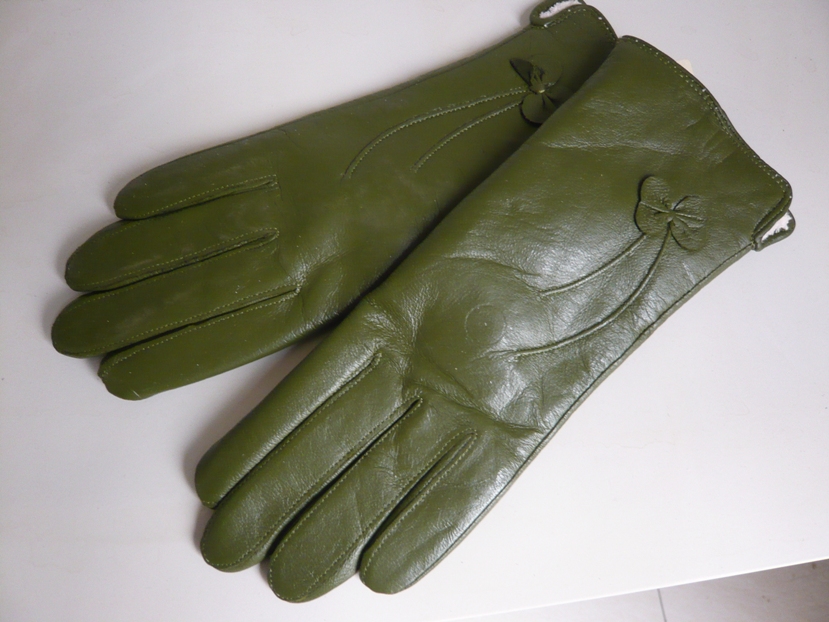 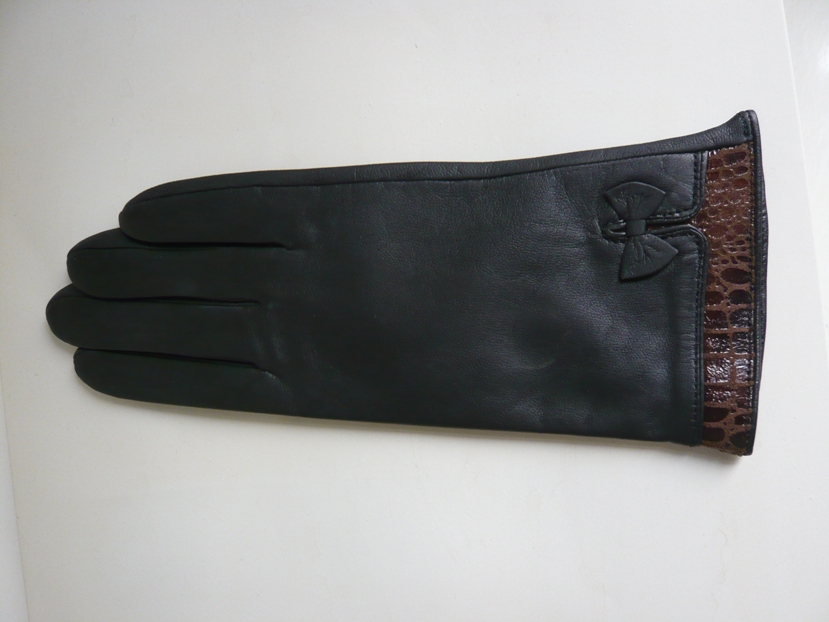 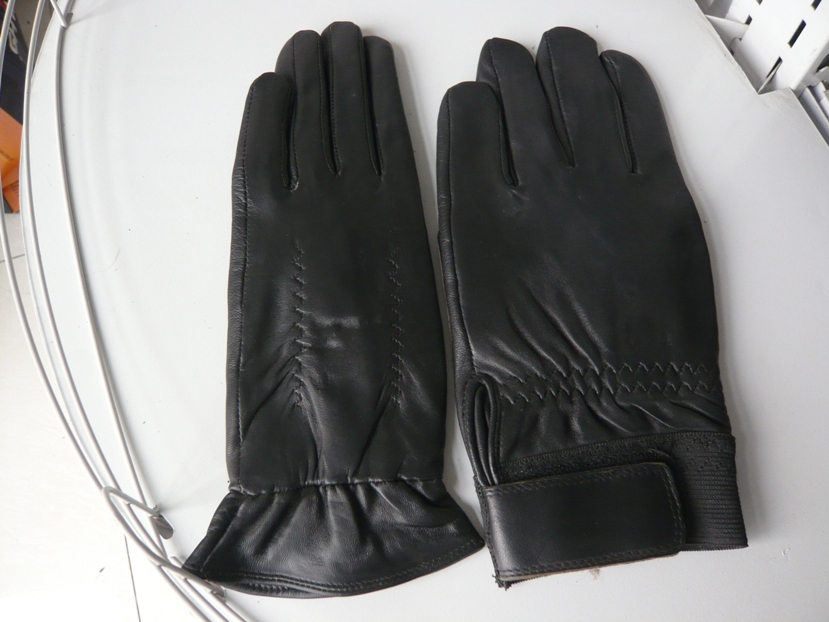 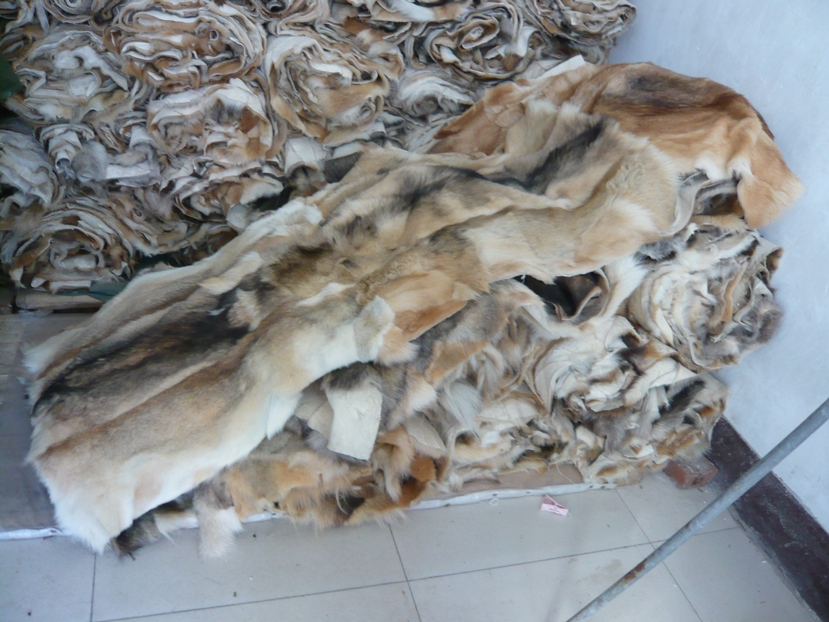 Products made from dog leather are exported throughout the world to be sold to unsuspecting customers. So if you buy leather, remember: There’s no easy way to tell whose skin you’re really in.