Cows Forced to Live in Their Own Waste at Dairy Farm

After a disturbing tip, PETA visited the farm and found emaciated cows in pain trudging through deep manure.

Update: After PETA obtained eyewitness video footage, the N.C. Department of Environment and Natural Resources cited the farm for six violations of state law. The agency corroborated PETA’s findings, reporting that “animal waste was observed [up] to 3 feet deep” where cows were made to stand, eat, walk, and try to rest. Read more.

It sounds like something straight out of a horror film: being forced to wade through your own waste just to eat a meal. Every day, the pool of feces and urine grows deeper, and when you emerge, it hardens and dries to your hair and skin, resulting in sores and painful ulcers on your body. But this isn’t some new Hollywood blockbuster—it’s reality for cows on a North Carolina dairy farm.

After receiving a disturbing tip, PETA obtained shocking video footage of cows forced to live in their own corrosive, bacteria-laden waste—while walking to and from the milking parlor, while eating, and while sleeping, with no grass, straw or bedding to lie down on to rest. The cows—whose sensitive noses can smell odors up to 6 miles away—cannot escape the stench of the waste or the flies that swarm around them.

The manure splashes onto cows’ udders moments before they are milked. It is caked on their limbs, and it is virtually impossible to clean cows’ flanks and udders before milking, which creates a serious food safety threat.

All this—and the serious, painful infections of cows’ skin and hooves that have resulted—is because the dairy’s waste pit has not been emptied for so long that the manure in it has hardened. 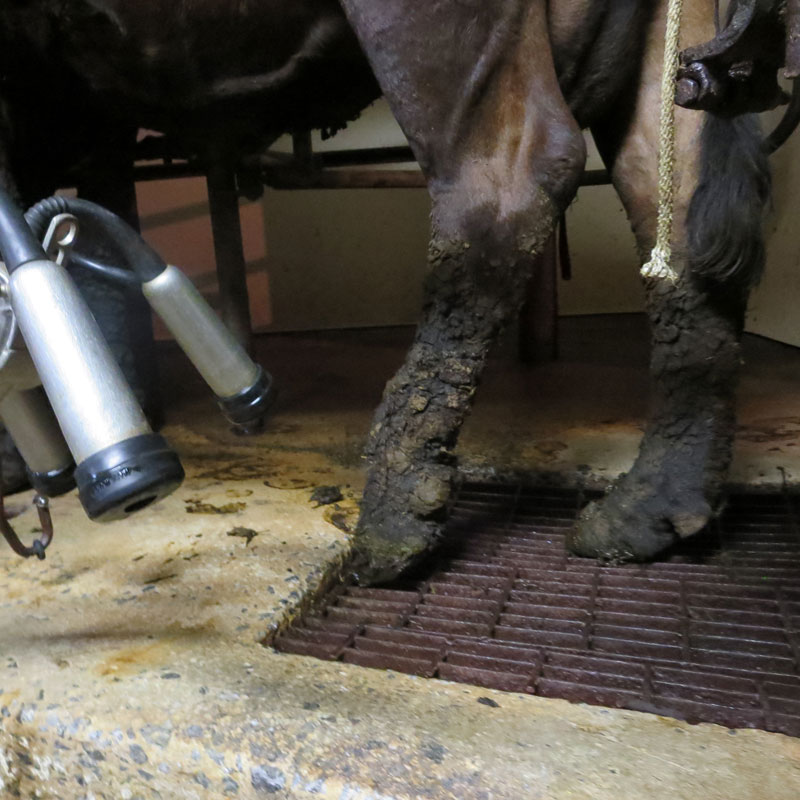 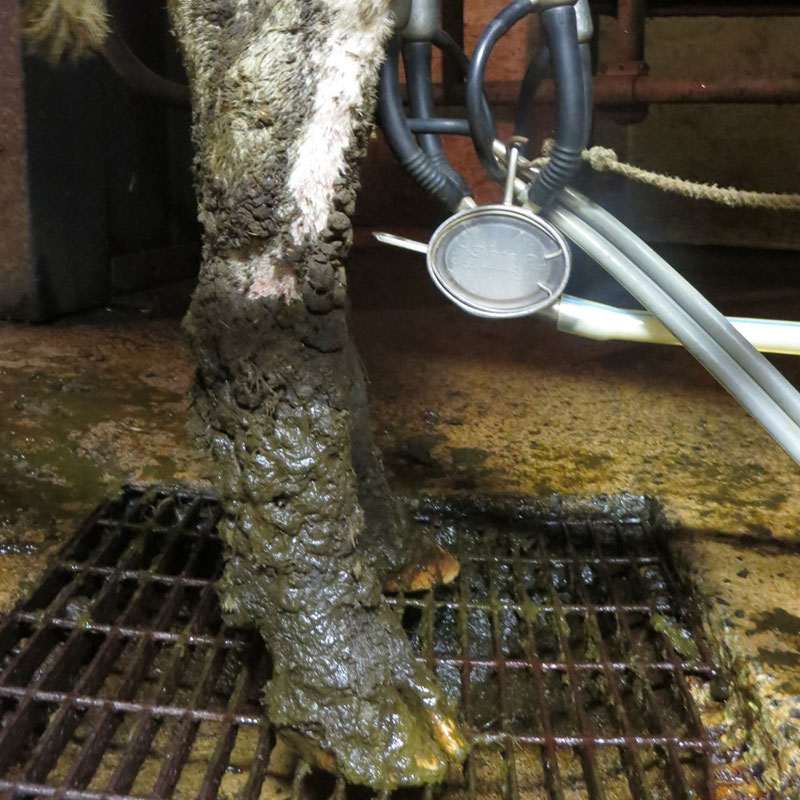 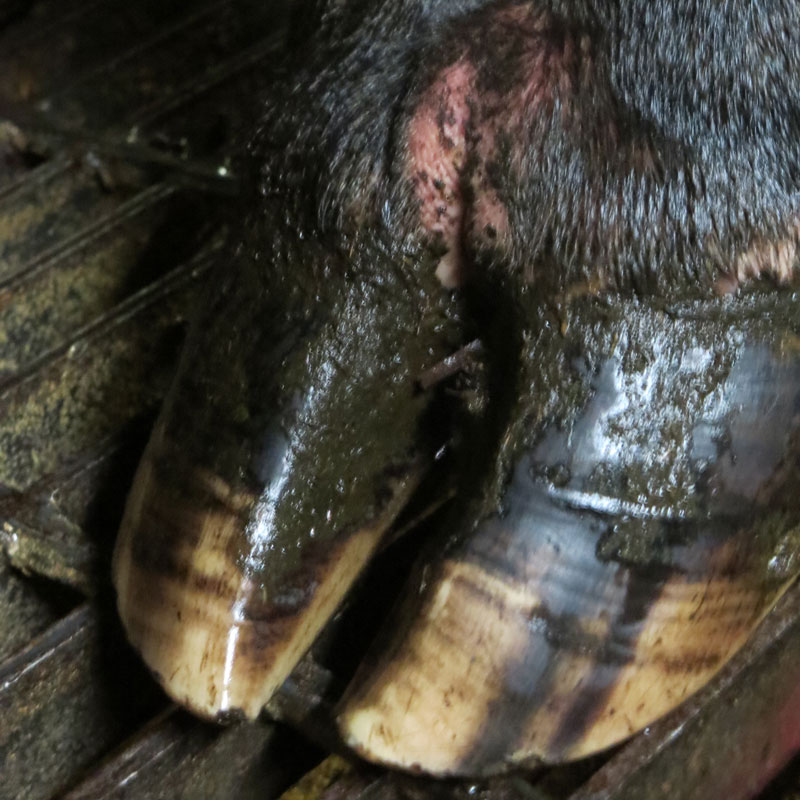 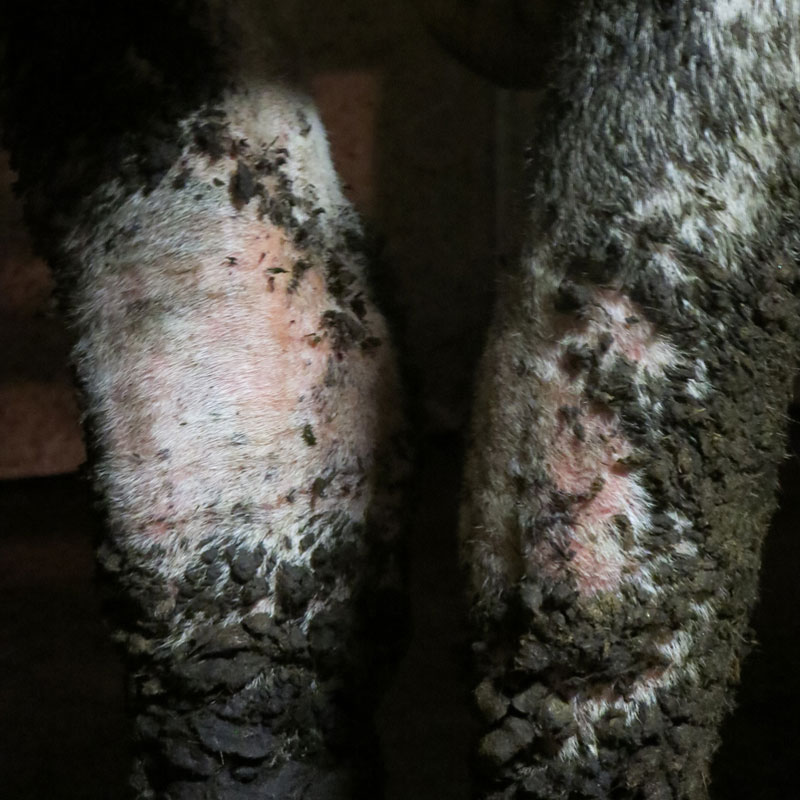 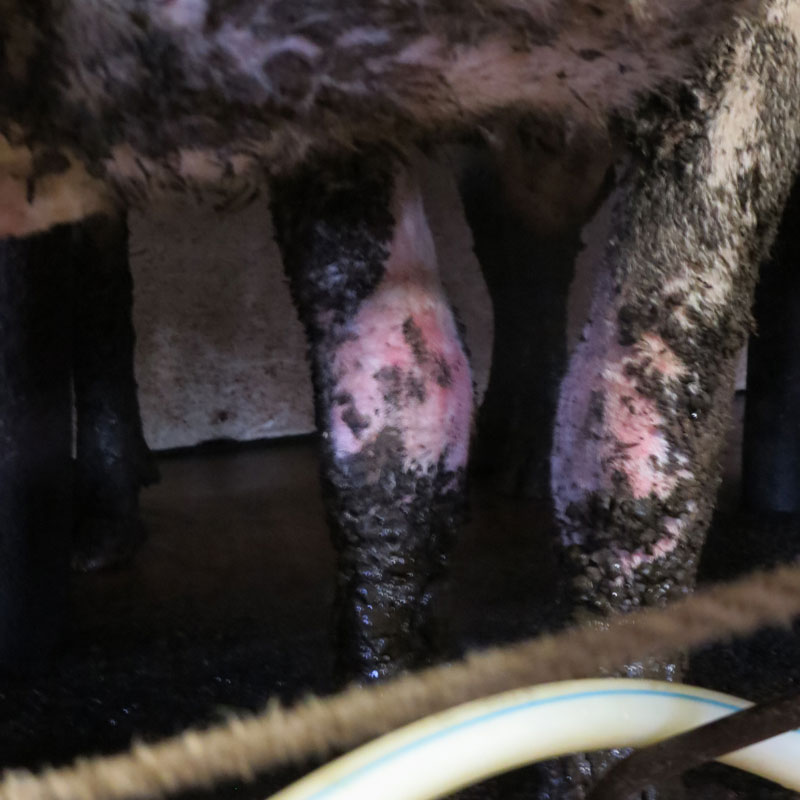 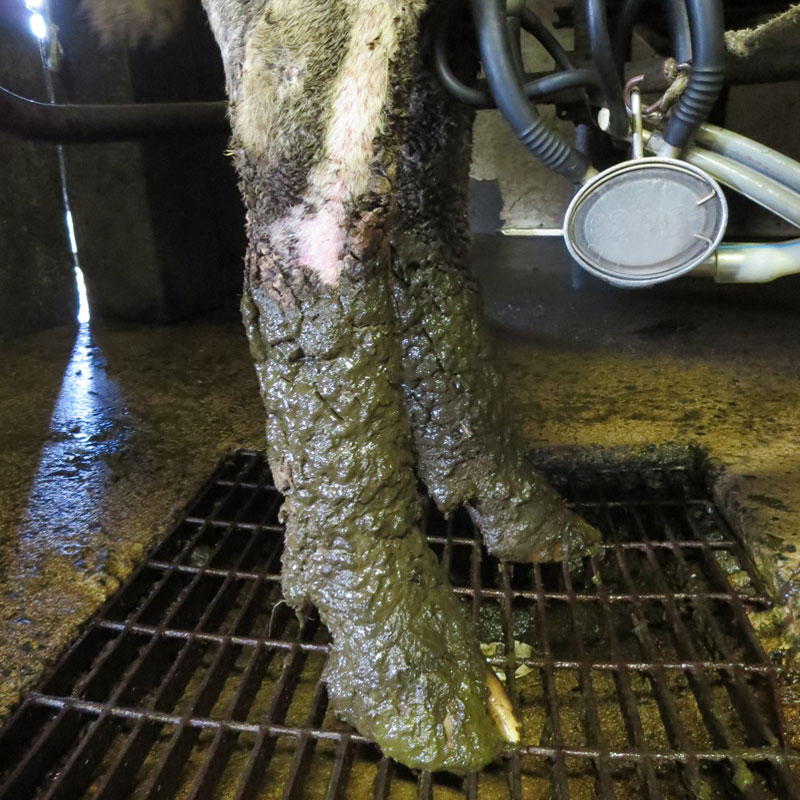 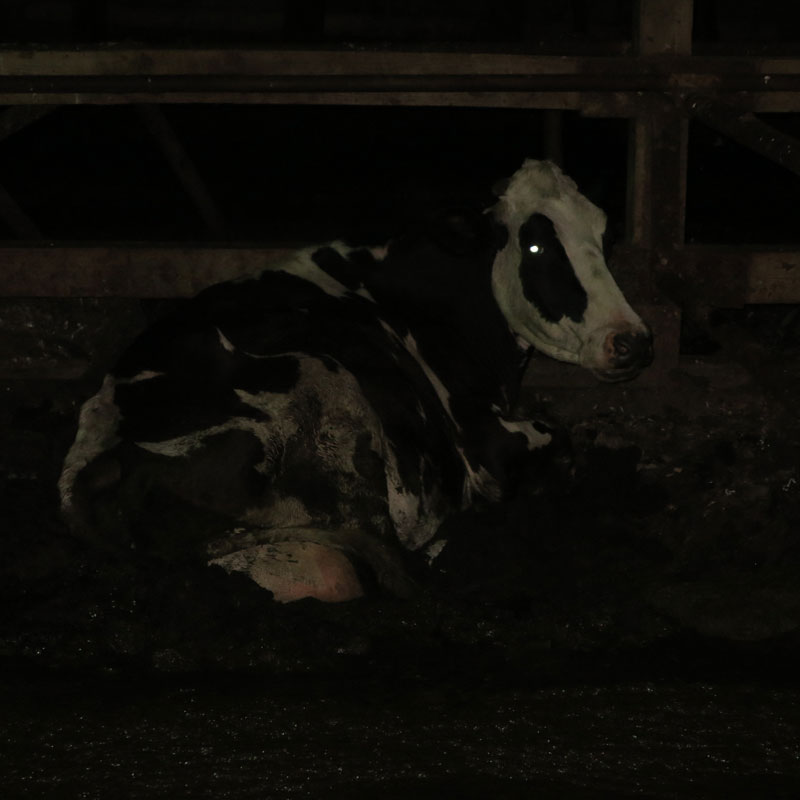 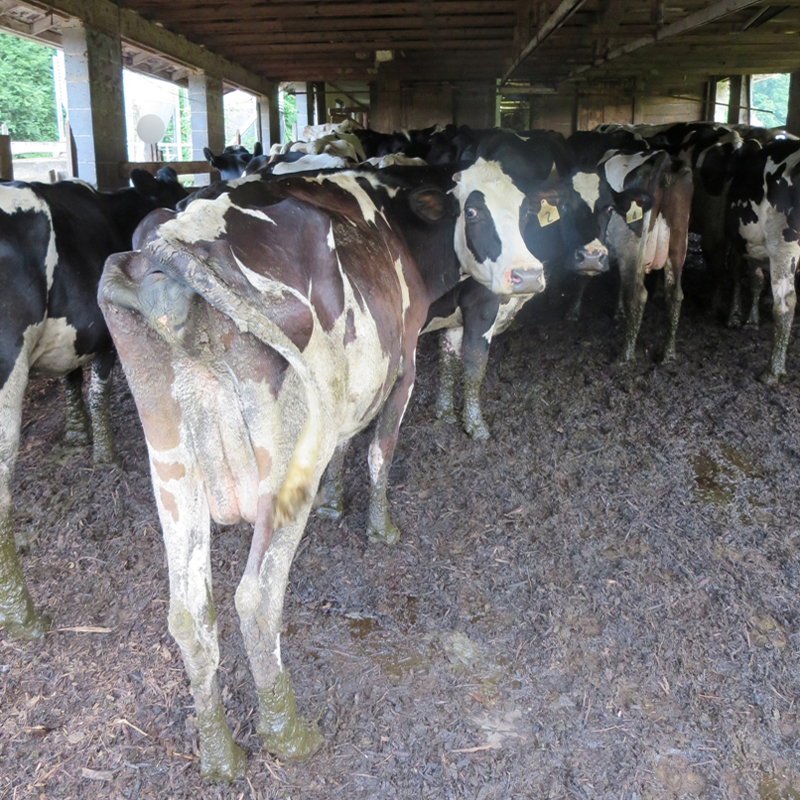 These gentle giants are identified by tags fastened to their ears and become just another number inside the factory. The following are just a few of their stories:

Be a Part of the Solution!

The only way to ensure that no animals suffer for your milk, ice cream, yogurt, and cheese is to go vegan. We’ll help you every step of the way with free recipes, tips, and tricks to make the transition an easy one. Won’t you make this simple choice for animals?
Facebook Twitter Email
Take Action Now!